What's on your mind?

9. Content must be from an objective and neutral point of view. This means no opinions or jokes. Also “the TCAP community said…” is also inadmissible as it constitutes what is known as “weasel words”.

FANDOM has already started to delete pages because of this, which means I have to make all of the pages compliant quickly. Going forward, violations of Guideline #9 will be tempbannable. So please only put in content from an objective and neutral point of view since we don’t want FANDOM to eliminate any more pages.

I received a message from the powers that be at Fandom mentioning the uptick in traffic for the wiki and there was concern expressed from them about libel as well as the comment section becoming extremely toxic and prone to doxxing behavior. To prevent intervention from Fandom, I have been requested to keep the articles to the show, and to erase personal commentary.

With that in mind, some changes will need to be made and the guidelines will be changed over the course of the changes to reflect this. From now on, only sourced material as well as documentation will be present in the wiki outside of the happenings on the show. Jokes will be phased out of the articles as they can reflect personal bias. Comment sections will be kept up for the time being, but there will be no personal attacks on them. If there is continued toxicity, then the section will go down for good.

These moves are being made to ensure the continued survival of the wiki. Thank you for your understanding.

If case you haven't been following Hansen's socials, he got married yesterday! (November 13th!). From what I've gathered, he got married to a woman named Gabrielle (now Gabrielle Hansen!). The wedding was held in Detroit.

All I have to say is congratulations Chris! (I also heard rumors that John Kennelly was at the reception, he was just coming to get something to eat) 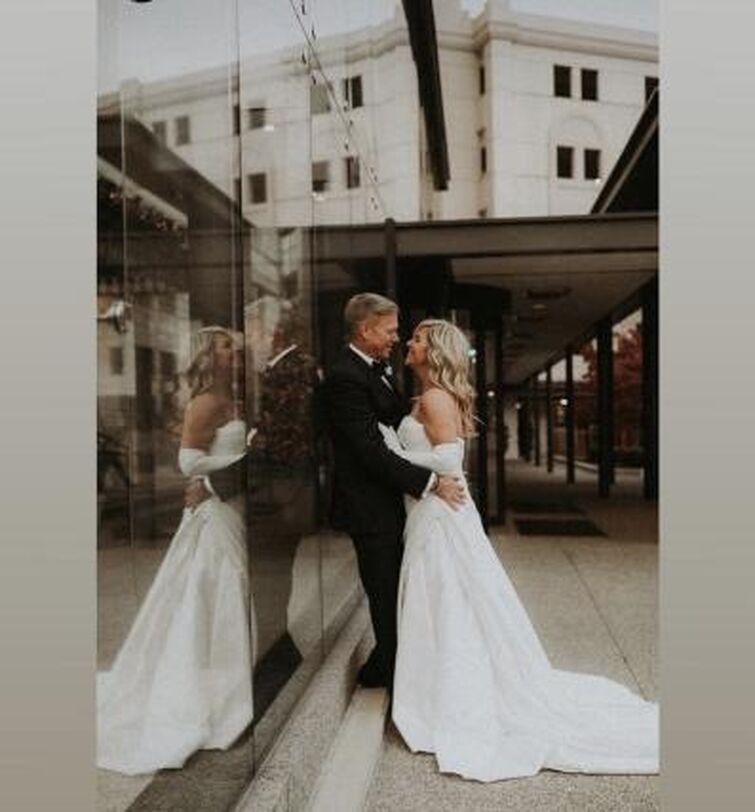 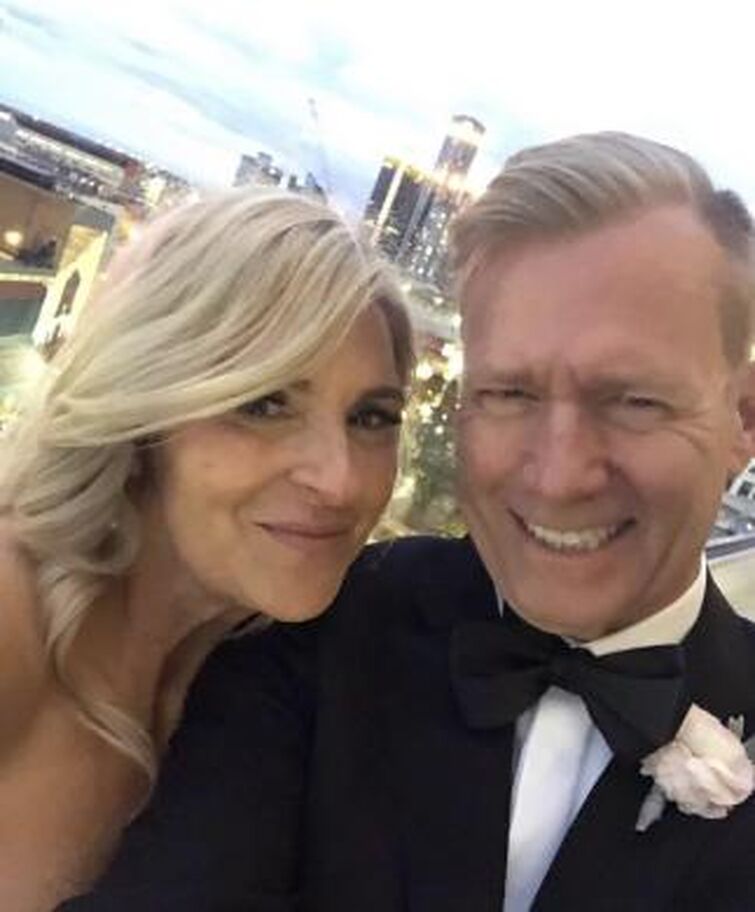 The wiki has grown in leaps and bounds since Dessanman and I took it over last March with content that is being linked to and referenced by the more prominent members of the community as well as the showrunners for Chris Hansen's "Predators I've Caught" podcast. I'd like to take the time to thank all the contributors for making this possible.

I also want to take the time to reiterate the need for quality control and real effort put into submissions for those that have just came across the wiki as well as those that have been here a while. I refer you all to Rule #2 in the guidelines about low effort contributions. They damage the integrity of a well curated wiki and attract even more such submissions. With that said, I refer you to the TCAP Wiki. This is what happens when low effort articles run unchecked.

We've come far, Predatorpedians. Let's continue the quest for being the best reference point for all things TCaP by putting forth the content we are becoming known for!

I remember the content of this episode but could not look it up anywhere due ot it being featured as a part of a long episode.. Basically a good looking 19 year old boy came to see a girl and he blindfolded himself or something and kneel in front of the door and asked the decoy to hurt him for gratification. I remember the content very vividly as the whole crew were thrown off their usual dealings. And they tried to be very gentle with him. Anyone have any idea?

Hi, Incase if you are interested there is a google drive of all the episodes

Everyone likes a good joke about the happenings on the show and I like to joke around too, however there has been a recent spate of updates to the pages that are nothing but jokes. A good wiki is grown through information that expands knowledge on the subject. Jokes add content, but not necessarily useful content. Left unchecked, it balloons the pages with inconsequential content. So, from now on, we are going "quid pro quo" on the content done solely for levity. In addition to the previous guideline that humor in the wiki has to be grounded in the reality of the situation, a contributor adding humor to the wiki will also have to add something informative that grows the page. Otherwise, the page will be rolled back because nothing of value was added and nothing of value will be lost. And again, thank you to everyone that has helped to make the wiki grow.

Can someone please link the page to that predator who was religious, I don't want to disrespect his religion but I don't know what it's called and if I describe it, it would sound kinda rude so...

One of his excuses was that he was going to play video games with the decoy, he also has a long beard.

If you'd link his page it would be appreciated, I can't find him.

Due to work commitments, I have little time to police the wiki for quality control and trolling. As the wiki grows, it extends a two person mod crew a little thin, so I am on the lookout for a third person that would like to have mod duties. If you're interested, please leave a message on my wall and just a couple of reasons on why you think you should be a mod. Thanks and hope to hear from you.

I put this in the "Predators" link, but it bears repeating here if only for legal ramifications. The information here is aggregated from public sources (not doxxing), but the use of it to contact and/or harass these individuals in any way can lead to legal and criminal action by the states these individual reside in. This has also been added to the Guidelines.

I just came across a comment of someone posting fake news that Jeff Stacy had died. This has ramped up in recent months and it has gotten my undivided attention. It just seeds doubt and conflict within the community as well as strains the integrity of the wiki. From now on, people announcing the death of predators without proof in any area of the wiki (Page, discussion, comments, etc.) will be hit with a one year ban. I will update the guidelines as well.

As you may or may not know, Chris Hansen has been catching predators from Flint and uploading the episodes onto Youtube. It is not like TCaP or HvP in style or entertainment, but it is a continuation nonetheless. The first two predators shown were the usual 20-40 year olds looking for minors to have sex, but there has been some controversy with the third one, an 18 year old going for a 15 year old girl.

Although it is illegal for an 18 year old to do anything sexual to a minor since he is now an adult, many people have stated Hansen took it too far with how he handled it. Some commenters in the video claim that the legal age of consent in Michigan is 16, meaning the decoy was almost able to consent. In addition, if they went to the same school together, she would be a sophomore, and he would be a senior, and some say that is normal. Also, since Hansen revealed his name and blasted his face, people claim Hansen ruined his life and his chances of college, a good job, etc.

Personally I do believe the 18 year old is in the wrong for contacting the decoy for intent on sexual activities, but with the dislikes outweighing the likes on the video, many others feel like what the 18 year old was doing was weird but normal.

What do you guys think? Please feel free to add your own thoughts and correct me on anything as I am not sure how normal a 15/18 dynamic is. 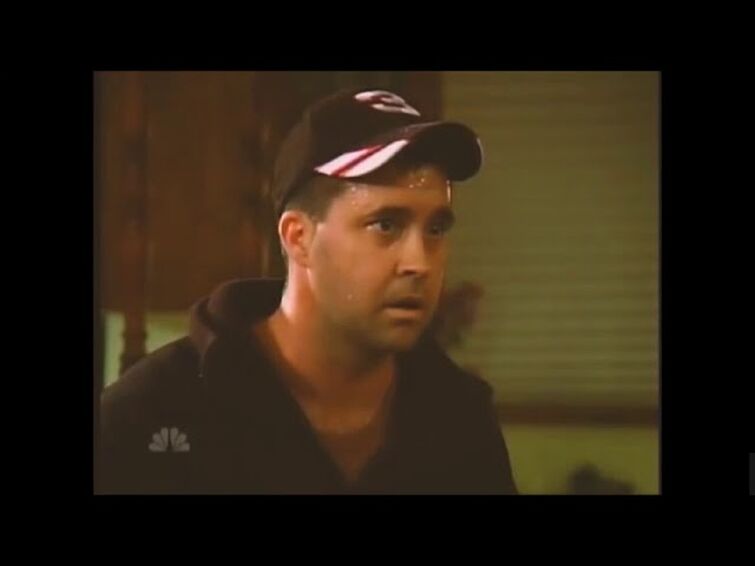 I've started to put in references to everything entered into the wiki. If everyone else can pitch in, that would be great. Even a link to their chat at Perverted Justice will get it going in the right direction.

Thank you for helping to make the wiki grow!

I saw that David Kaye is currently (2/20/2021) incarcerated in the Alexandria, VA city jail. Does anyone know why? 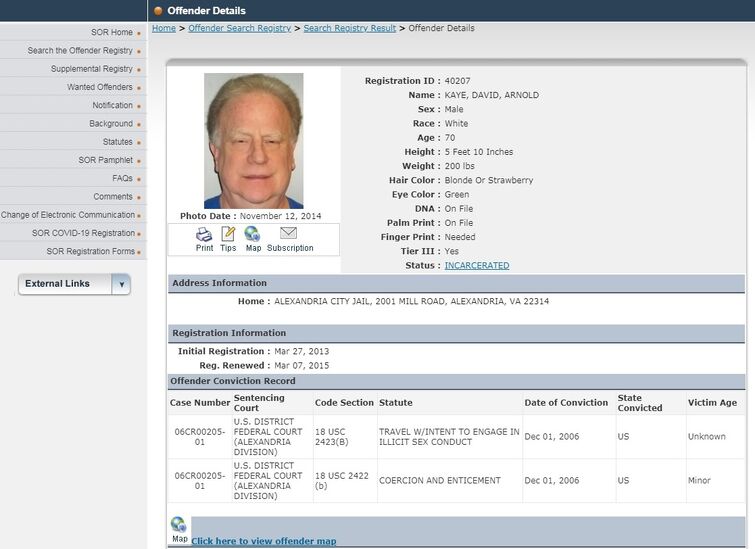 I can finally rotate my right hand fully which means I can use a mouse and type again, so I can start with adding more content again. Already added David Tiriolo and Mohamad Abdalla. I'll try to add a couple more by the end of the weekend.

The first one is on kaye and hopefully more to come

Anyways have a great new years everyone

As some of you may know, a user by the name of Jerjerrod77 vandalized the Jeff Sokol page a few days ago. He added "evidence" that "proved" that Jeff was innocent. He even added that Sokol's small penis was apparently "average sized" (which got a laugh out of me, I'll admit). Boomer77 notified me about Jerrod and he is now banned. I removed all his vandalism and a comment he made on the page, defending Sokol's actions.

As for you suspecting that Jerrod may in fact be Jeff Sokol himself, it's also very likely that Jerrod is just a determined troll. But who knows, what matters is that he has been banned and all his vandalism has been removed. Thanks to Boomer77 for notifying me and remember to report users/comments like Jerrod's immediately.

Help us grow To Catch a Predator Wiki